A Scene At The Railway Station 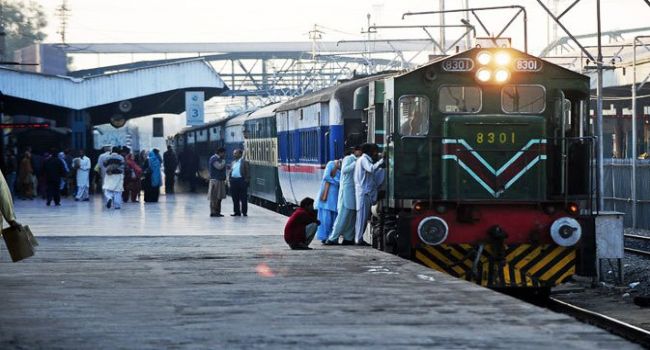 The railway station is a very important place in every city. Here one can find people from all sections of the society and all parts of the country. It definitely presents a highly colorful scene. The rich and the poor both can be seen in great hurry at the railway station.

A Scene At The Railway Station

Last Sunday I went to the Lahore railway station to see of my uncle who was going to Rawalpindi. We took a taxi and reached the station at 2:00 p.m. The railcar which goes to Rawalpindi was to leave at 4:55 p.m. Therefore we were well in time. Many taxies and scooter rickshaws were standing in systematic rows outside the railway station. There were many traffic policemen to guide the incoming and out going vehicles. There was a great rush of passengers. Some were coming out as they had just arrived and were planning to go to their destinations in Lahore. While others were hurrying to catch the train as they were leaving Lahore for out station. We also met hundred of collies who were waiting for the passengers to carry their luggage to the compartments.

At the booking window also there was a great rush. All passengers were standing in long queues in front of the windows to purchase the railway tickets. Some policemen were also standing there to maintain order and keep an eye on anti social elements like the pick pockets and confidence tricksters. Many people were waiting outside the inquiry offices to get certain information regarding the arrival and departure of trains. I hurriedly purchased a ticket for Rawalpindi for y uncle and a platform ticket for myself. The coolie was carrying our luggage and reached platform No. 4 from where the train was to leave.

As we tried to enter the gate a Railway Ticked Checker who was wearing a white uniform checked and punched our tickets. There was a great crowd at the platforms. All passengers seemed to be in a hurry. There were so many stall on the platforms. Some were selling light refreshments while others sold latest magazines newspapers, books etc. and some were selling fruit.

We want to a bookstall and my uncle purchased a few magazines to read during the night journey. There were so many magazines on the book stall. On the platform we saw certain passengers waiting for their trains impatiently. While others were sitting on their luggage patiently.

Some trains were waiting for the signals to move our of the platforms. While after every few minutes a train was steaming in. With passengers going in and out of the station in their colorful dresses it looked as if it was a big fair.

There are many emotional scenes which one could see on the platforms. Some persons had come to see off their dear and near persons. Some had come to receive their relatives.
Ultimately the Railcar bound for Rawalpindi also arrived on the platform. With great difficulty my uncle could get a seat. The passengers were pushing one another to enter the compartment first. There was a lot of noise as everybody wanted to get into the compartment. Within a few minutes the train was fully packed. After sometime the guard whistled and also waved a green flag. Slowly the train started moving out and soon it picked up speed and was out of sight. The station now looked somewhat deserted. I came out caught a bus and reached my home at 7:00 p.m.